The Evolution of the Universe edited by David L. Alles

Especially in astronomy!
The famous joke about a bunch of scientists observing a cow from a train.
Look says the astonomer - all cows in America are black
No says the physicist - there are SOME black cows in America.
Then the mathematician says - there exists at least one cow which is black on one side.

(And finally the computer scientist says - look at the moo-moos !)
http://map.gsfc.nasa.gov/universe/bb_theory.html

The Evolution of the Universe
edited by
David L. Alles
Western Washington University
e-mail: alles@biol.wwu.edu
http://fire.biol.wwu.edu/trent/alles/Cosmic_Evolution.pdf
Cosmic Evolution
Posted by சார்வாகன் at 7:20 AM

NO Religion Based Laws 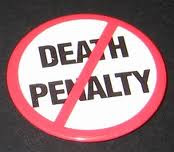